What Is The Best Solution For Valve Release?

Oil and gas pipelines often pass over long distances through rough environments. They face exposure to temperature variations and other weather influences. The technology used must meet the highest quality standards. Manufacturers always have to ensure a smooth distribution of liquids and gases. Proper distribution helps them to avoid any leakages.

Pipelines can carry media, which can expand when heated. If the media cannot expand because it’s trapped in a fixed space, the pressure will increase. This situation frequently happens with the isolated ball valve. But it is essential that the contents of the body cavity don’t get released to the atmosphere.

For this kind of application, you need Valves with a body cavity relieve function. Or you can use Process to Instrument Valves like VariAS-Blocks. These valves meet the requirements as a standard product feature.

Process to insturment valves Process to Instrument Valves solve the problems of traditional assemblies on primary isolation duties. They combine instrument and piping valves in a single assembly, which makes it lighter. It also uses less space, and it's a safer hookup. They also reduce potential leak points. This compact and more efficient arrangement reduces pipeline vibration and associated stress. It also reduces the cost of installation and maintenance.

For Process to Instrument Valves, manufacturers base most Double Block & Bleed Ball Valve models on two technical standards: SHELL MESC SPE 77/170 and EEMUA 182. SHELL MESC stipulates a pressure equalizing hole of at least 3 mm in the ball, but EEMUA 182 prohibits such a gap. In contrast, it states that valves must have an automatic way to relieve overpressure.

Thermal expansion inside the cavity

Some kinds of double seated valves can trap fluid in the space between the seats when closed. These include ball valves. If the liquid heats up, it will increase the pressure in this cavity as a result of fluid expansion. If the cavity does not have a vent, the rise in pressure may cause damage on the valve. The result would be a leaky valve, deformation or damage to the valve body. This situation can bring about a catastrophe if the fluid medium releases into the atmosphere or even people get hurt.

One prior method of relieving the buildup of cavity pressure was to drill a hole into the side of the ball, angled upstream when the ball valve closed.

Manufacturers situate the ball seats in the valve body. When closed, the ball can have a lateral movement between the two elastomeric seats. When closing the valve, the media gets trapped in the cavity.

The pressure relief hole must connect the valve body cavity to the high-pressure side of the ball when it’s closed per Shell MESC SPE 77/170 specifications. We use this design for Process to Instrument Valves. My team has established that design in our VariAS-Block Series. 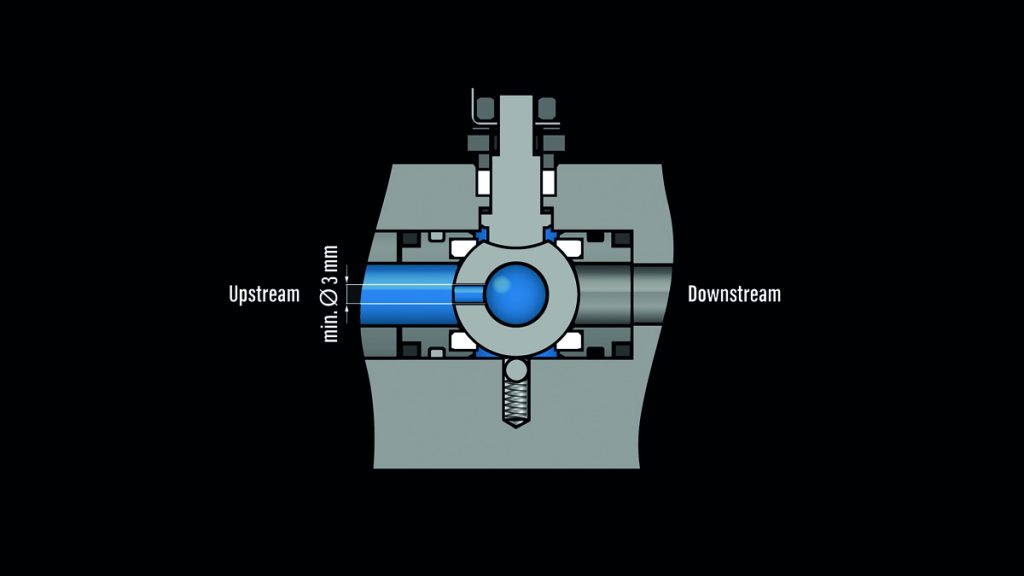 The use of self-venting ball seats per EEMUA 182 specifications is another solution. The surplus pressure spews out around the ball seat. 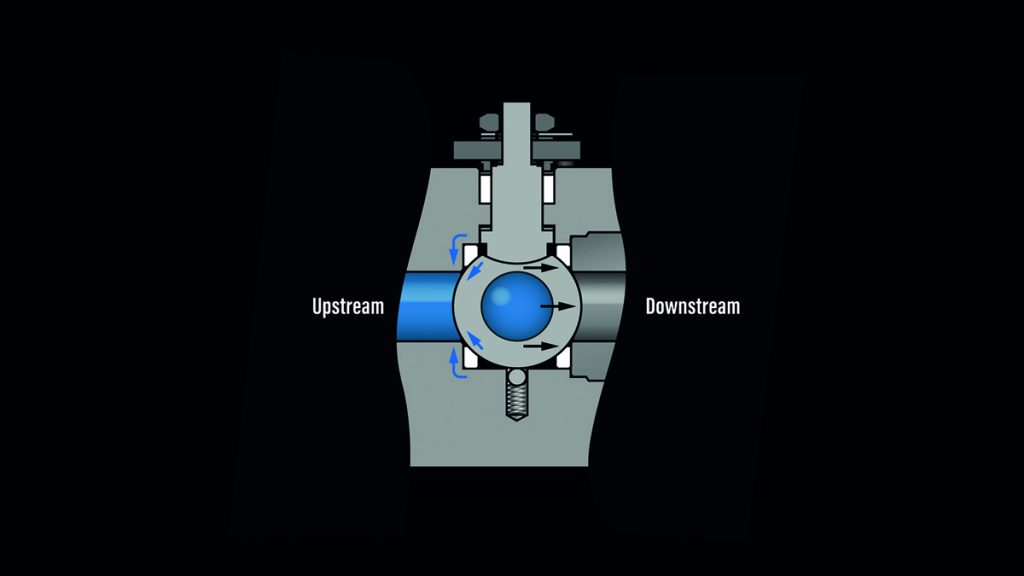 Some API 6D trunnion mounted ball valves have single piston effect seats (SPE). This design does an automatic pressure release into the pipeline. It uses “self-relieving seats” to release this pressure. Trunnion mounted valves constrain the ball by bearings. It is only allowed to rotate, but the ball seats can move. It also traps the media in the cavity when the operator closes the valve. It isolates the pipeline and the body cavity in the open and closed position. Thus, the pressure caught in the body cavity might be different from that in the line.  The pressure increases in the cavity when heated. It pushes the ball seat of the downstream side away from the ball by rising pressure against the spring load. When this happens, the pressure gets released.

Note: An example of this situation is when cold liquid like LNG is trapped and gets heated. A temperature change of the body cavity will cause an extreme  pressure build-up. 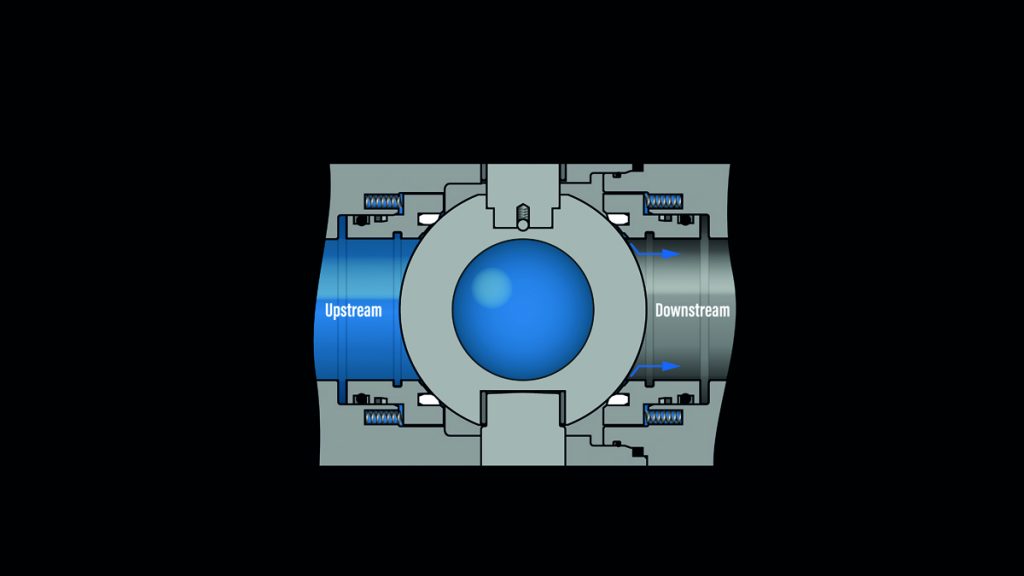 Contact us - Improve the efficiency and safety of your plant.